Thanks to everybody who joined the Scrumtisch in Berlin on Wednesday, January 24th, 2018 and special thanks to SAP for providing such great facilities, drinks and eats.

As so often, we begin by collecting the topics that the audience was interested in talking about. In the end, the roughly 24 participants discussed the following ones in small groups:

Finally, each group presented to the whole audience the results of their discussions with the agile42 coaches adding their 2 cents when needed.

We hope that you enjoyed as much as we did. Thanks again to everyone who participated.

agile42 · Monday, October 18th, 2021 at 1:45pm
@agile42
Are you new to Agile, or looking for an easy way to introduce your teams to the basic principles? Our interactive online short courses are the perfect way to learn the foundations. https://t.co/T5cnrHcDT8 https://t.co/gvx42S7jD0
View on Twitter
0
0

Watch the full interview at the following link: https://t.co/7huL7KYnpq https://t.co/Iuguj4iOMR
View on Twitter
0
2

agile42 · Tuesday, October 12th, 2021 at 7:01am
@agile42
Mentors can guide us through challenges we face, help us grow, and support our lifelong learning process. In this blog post, agile coach Ninja Granzow shares her experiences of mentorship, choosing the right mentor, and setting mentoring goals. https://t.co/xKhRO6RyAf
View on Twitter
3
3

agile42 · Friday, October 8th, 2021 at 6:55am
@agile42
Why is mentoring so important? How do you choose a great mentor? Register for our free webinar on 21 October to find out: https://t.co/xFmgZjGauN https://t.co/t0Zo37glAj
View on Twitter 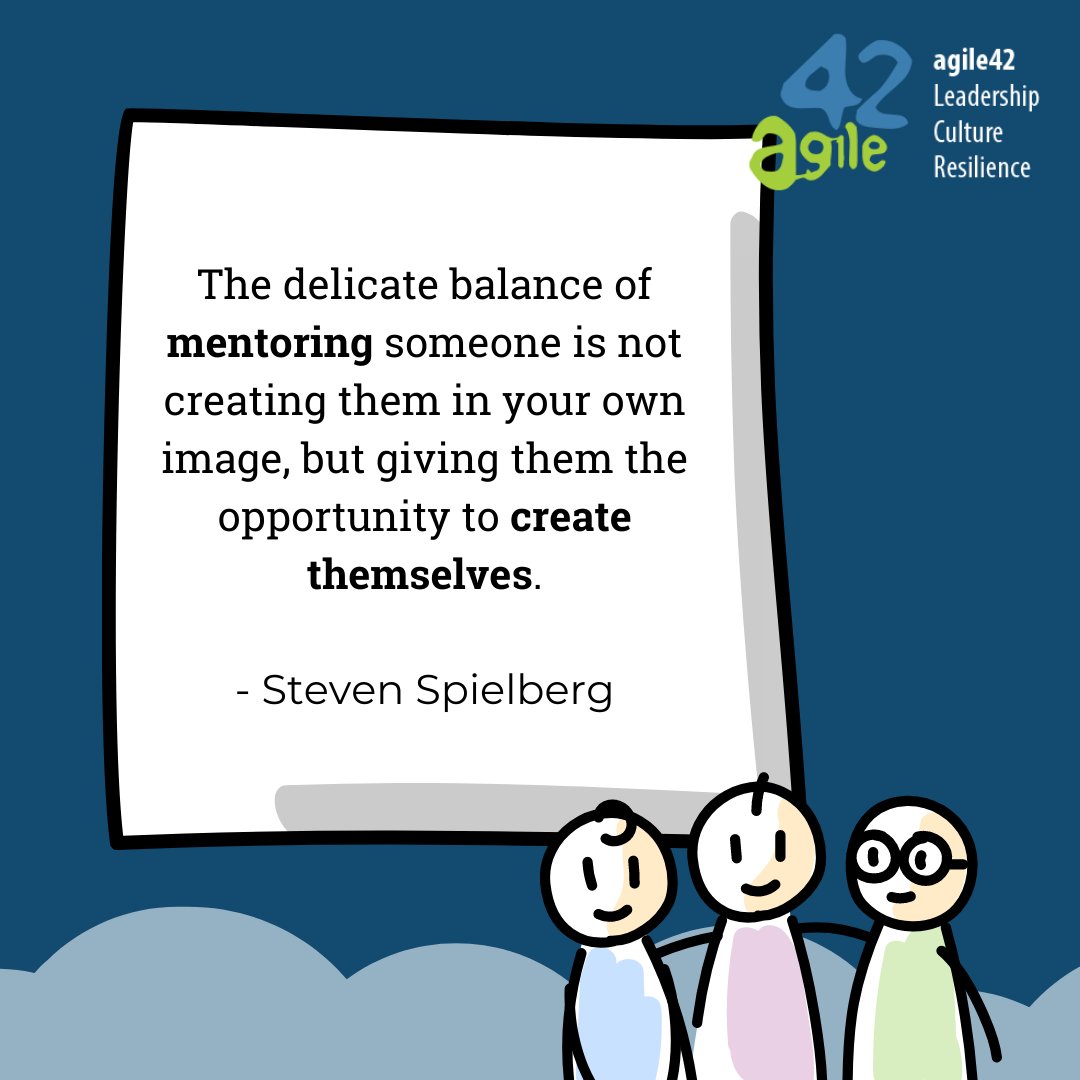 agile42 · Wednesday, October 6th, 2021 at 3:10pm
@agile42
We're thrilled to announce October's webinar: Dennis Becker and Ninja Granzow dive deep into their experiences of mentorship. They'll explore what makes a great mentoring relationship, how to set mentoring goals, and why having a mentor is so important. https://t.co/vD3IFWLdRg
View on Twitter
3
0