This topic is an excerpt from “The Hitchhiker’s Guide to Agile Coaching”, where agile42 coaches share their insights. Electronic copies of the whole book can be downloaded for free, check link at the bottom.

All humans have a hard-wired notion that change is dangerous. Over-reacting pays off in the jungle or on the veldt — those who scram away without thinking have a good chance of seeing their offspring grow up. And so we have evolved a mechanism for getting ourselves out of dangerous situations quickly and with a minimum of thinking. In fact, thinking is high on the list of things not to do. Those who start analyzing whether the waving grass really does conceal a man-eating saber-tooth tiger are more likely to end up analyzing the tiger from the inside.

Change and fear are connected on quite a deep level in our brains. As shown in the figure, when subjected to a threat of some kind — a threat to their habits, territory, or very existence — people go into panic mode and will either fight, flee or freeze.

Like all models, this model is incomplete: it’s a simplification of reality and full of holes and errors. However, we have found it very useful. It explains some of the reasons why people fear change and also helps make sense of why people react as they do in the face of change. 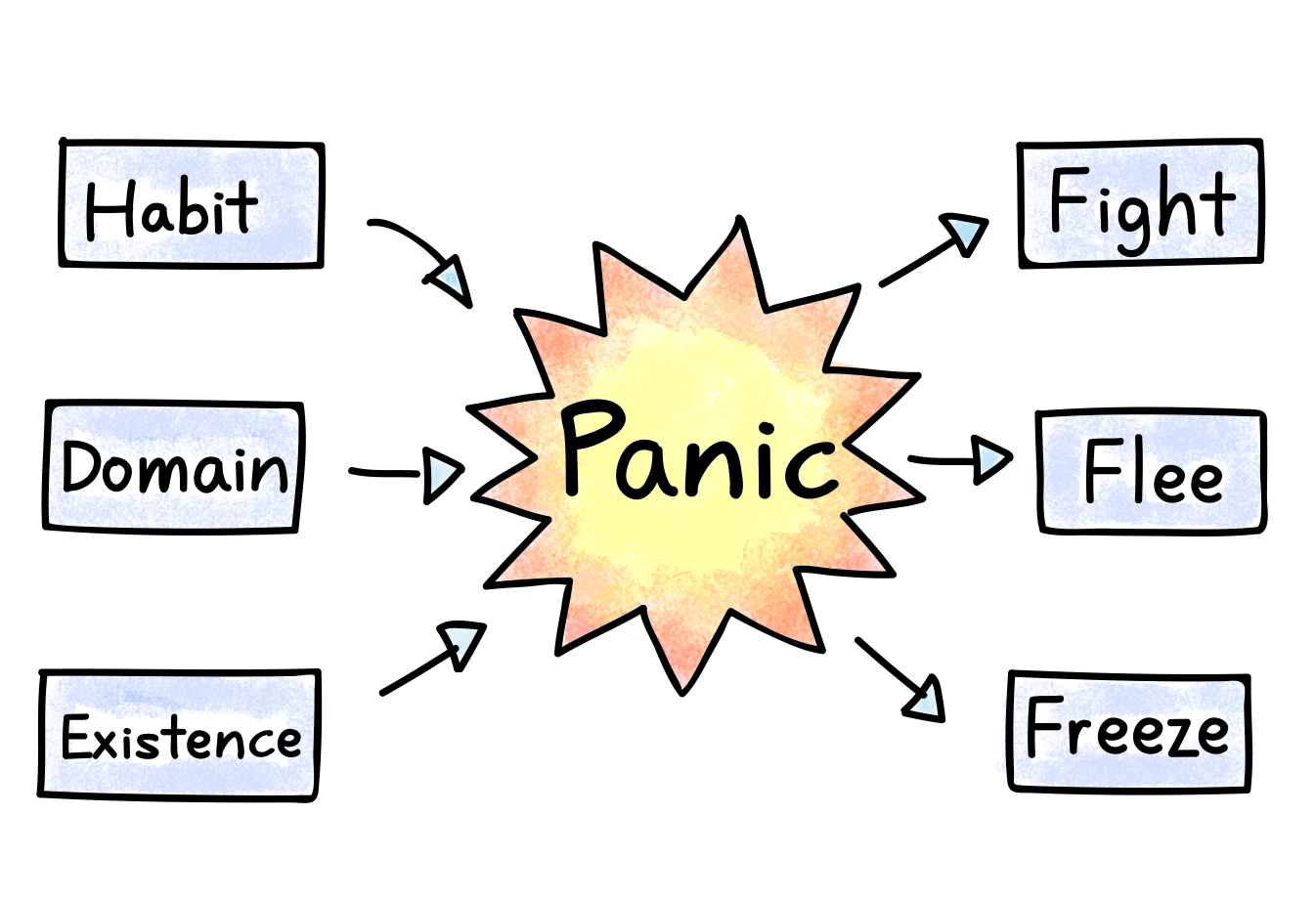 The name lizard brain comes from fact that panic reactions are handled (mostly) by a part of the brain called the amygdala, which can be found just above the brainstem in all vertebrates. We share the amygdala with all mammals, birds and — as the name implies — with lizards.

Interestingly enough for an agile coach, similar patterns can be found in prolonged situations of uncertainty, fear or anxiety, as is the case in e.g. agile deployments. Case in point: “We will pilot Scrum in the organization and your team is the best candidate!” In other words: “We say you Scrum.” Ouch! How do people interpret this?

Habits Most people are initially vary agile methods as they need to change their own working habits. Harsh corporate environments cause people to form their own patterns and strategies for survival and they may be very suspicious of “team work” and “collaboration”.

For example, we regularly meet engineers who have learned not to ever give honest estimates. They have formed habits of hiding the actual state of their work, giving vague reports like “90% done but we have some technical problems” or having a perpetual “coding” task that they move back and forth on the task board (When we see a task named “coding”, this gives us the signal that the team is tracking how they spend time rather than the outcome they produce.) Others feel that the daily standups are stupid — it takes weeks to implement this feature anyway so what need is there to report every day?

Territory Scrum can also be a threat to people’s territory. Former project managers that are now relabeled ScrumMasters or Product Owners suddenly find that they have lost a large portion of their former decision power. Deep specialists are forced to open up their work to the scrutiny of others. Software architects find that teams are doing unauthorized changes directly into the code base.

Existence Some people see agile methods as a threat to their existence in the organization. These include line managers whose teams are suddenly self-organizing; testers who learn that all testing will soon be automated; or specialists who learn that they are in fact not so special.

To the vast majority that is not directly involved in driving the agile transition, Scrum is a cause of anxiety or outright fear. How do they respond?

Fight Direct and indirect attacks. Badmouthing. Spreading fear, uncertainty and doubt. Passive-aggressive behavior in the Scrum meetings. “Here, let me help you with that… oops, so sorry.” Appearing to play along for a while, then a sudden explosion of this-will-never-work. And so on — the examples are countless.

Flee Some people grab the opportunity and move to other teams or escape the company altogether. The decision to flee is often made early, sometimes as soon as the news has broken, but it can take months for the fallout to appear. By the time people start understanding and accepting the new methods, they have already made new commitments and signed new contracts, and the decision is no longer reversible.

Freeze A surprisingly large number of people seem to lose their drive and become unable to produce anything of value for months on end. They are tapping on the keyboard and moving the mouse but nothing real comes out.

In almost every team we work with, we find examples of fighting and freezing, sometimes, but luckily very seldom, also of fleeing. This model has helped us make sense of why people behave irrationally during an agile deployment. As an agile coach, it is your job to navigate people past this stage of anxiety. The main problem is how to do that when people are not thinking rationally.

You will need to start by identifying and addressing their concerns, showing that the change is happening on their own terms. We have noticed that it is good to have a brief meet and greet with the team before the coaching starts. This could happen in conjunction with some team training or as a stand-alone meeting between 20 and 45 minutes in length. During the meet and greet we go through the upcoming coaching schedule, point out that we are here to support and guide the team, and underline that things will happen on their own terms.

With especially afflicted persons, we have also had good luck with informal one-on-one coffee discussions, alleviating their fears and giving ideas for how to move forward. Sometimes the best approach is to just listen and make it clear that you have heard their concerns. In the end, agile adoption is about teamification and while you may be able to help people find their new positions in the team, there are always going to be people who need to make some hard decisions for themselves.

What do you think makes a good #ScrumMaster? https://t.co/OYVMpm0l2K
View on Twitter
1
2

agile42 · Wednesday, August 10th, 2022 at 3:01am
@agile42
As a lifelong gamer, Burt Hopkins shares how Dungeons and Dragons can prepare you for business (yes, you read that right). Even more remarkably, how being the Emcee of a D&D game—a Dungeon Master—will prepare you for being a great Scrum Master!

agile42 · Tuesday, August 9th, 2022 at 5:01am
@agile42
This course will help you to make the most of Scrum and brush up on your existing knowledge. It includes facilitation guidelines for Scrum Events and Product Backlog refinement, as well as tips for creating a Definition of Done and a Working Agreement. 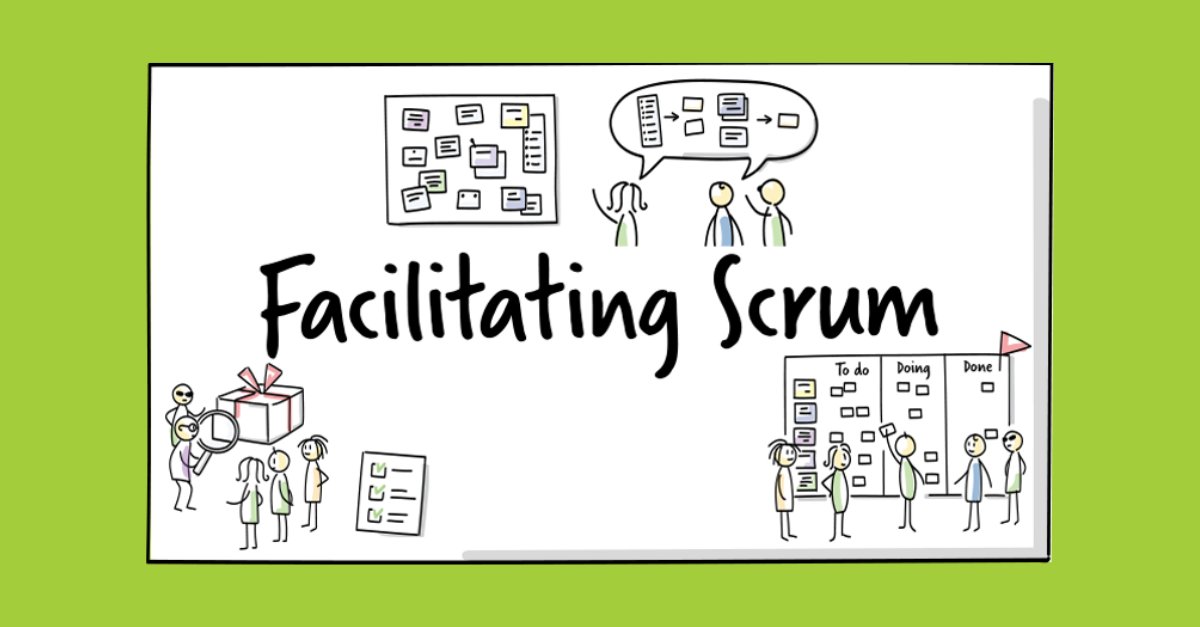